“I Can Never Die” 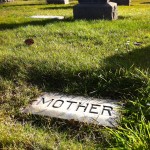 Who Will Take Care Of My Child After I’m Gone?

Parents of “normal” children don’t have to worry about this.  It’s a given that children grow up to become independent and go off to raise children of their own.  Not so for my family.  As a perennial, functionally five-year-old, our autistic son will remain dependent on us for his daily care, for the rest of his life.  For the rest of our lives.  Whichever ends first.

I try not to think about my death.  Not that I fear death.  The Bible assures me that I am eternally saved through faith in the Son of God, who loved me and gave Himself for me (Gal. 2:20)  No, my greatest fear is this:  Who else on earth could understand, protect, sacrifice, support or love this complicated and high-maintenance bundle, like his parents?  It’s a universal fear for every special needs parent I know.  Our children simply can’t afford to have us die.

Growing up in the church, I heard this maxim from Sunday school and beyond, “Jesus was tempted in every way we’ve been tempted. He’s struggled with everything common to man. God understands everything we go through.”

Oh, really? I never challenged this until I had a child with autism.  What does an eternal, omniscient, and omnipotent God know about raising a disabled child?  His own Son was perfect, wasn’t He?  The gritty realities of life, post-diagnosis, have challenged many simple, childhood beliefs about a good and loving God.

Either a good God doesn’t exist, or He does: He’s just not good nor understanding.  For how can an all-powerful, good God possibly understand or permit this?

From the moment Jesus was conceived, He had been prophesied,

“This child is destined to cause the falling and rising of many in Israel, and to be a sign that will be spoken against, so that the thoughts of many hearts will be revealed. And a sword will pierce your own soul too.” (Luke 2:34)

He came to earth knowing His ultimate destination was the Cross.  In the final years of His ministry, I wonder if He was acutely aware of Calvary drawing near, when He would have to leave His mother with a crushed heart and pierced soul.  I wonder if perhaps He kept busy ministering to the disciples, teaching and feeding the crowds, performing miracles, and challenging the bureaucracy of local religious leaders, to keep from obsessing over it.

Near the cross of Jesus stood his mother, his mother’s sister, Mary the wife of Clopas, and Mary Magdalene. When Jesus saw his mother there, and the disciple whom he loved standing nearby, he said to his mother, “Dear woman, here is your son,” and to the disciple, “Here is your mother.” From that time on, this disciple took her into his home. Later, knowing that all was now completed, and so that the Scripture would be fulfilled, Jesus said, “I am thirsty.”  A jar of wine vinegar was there, so they soaked a sponge in it, put the sponge on a stalk of the hyssop plant, and lifted it to Jesus’ lips. When he had received the drink, Jesus said, “It is finished.”With that, he bowed his head and gave up his spirit.   (John 19: 25- 30)

Widows and orphans were the most vulnerable in ancient times, much like the disabled and elderly are most vulnerable of our times.  As Mary’s first-born child, Jesus would have known He would be responsible for her care.  Moments away from death, as The Redemption Plan for all mankind was being finalized, Jesus’ last thoughts were with His most precious person on earth.  The Son of God had lived a perfect life, fulfilled every prophesy, and submitted to the Father’s will.  Yet here He was, using His last breath to make sure His mom would be taken care of.  Perhaps only then, “knowing that all was now completed…he bowed his head and gave up his spirit.”

While He did not trust men, because He knew what was in a man (John 2:24-25), He who had the power to summon legions of angels and call upon supernatural provisions, still gave his mother over into the home of a mere mortal, someone “whom He loved, standing nearby.”

Jesus Left His “Baby” Behind, Too

Days later, this is the same God who would assign the delicate and complex ministry of reconciliation, to unschooled and ordinary men.  The omnipotent God of the universe entrusted the nurturing of His newborn, fledgling Church to a gaggle of human disciples: The very ones who ditched Him and ran, just a few days before.

Specifically, He intentionally handed the keys to the Kingdom to a fumble-prone Simon Peter, called him the rock on whom He would build His Church, and vowed that the gates of Hades would not overcome it (Matt. 16:18).  Then He ascended into heaven, reassuring them that He would be with them always, to the ends of the earth.

Personally, I would have vetted much more stringently, choosing from a pool of highly qualified applicants.  But God in His sovereignty, that’s the way He chose to do it.

Come to think of it:  Years ago, this same God dispatched a disabled baby to an inexperienced and completely under-qualified 30-year-old young woman, who used to carelessly toss around the word, “retarded.”

So, okay.  He knows something about leaving His vulnerable beloved behind, and into questionable human hands.

In far humbler ways, I, too, am inundated with the daily tasks and responsibilities of feeding, serving, protecting and advocating.  I can avoid having to think about this gnawing, underlying worry.  But it’s always just under the surface. I’m chronically aware that I have a limited window to serve and advocate for my son. While I am young, healthy, and active, I have the false luxury of avoiding a preoccupation with death.  But every once in awhile, I’ll run into a horrifying article in the news, have a candid conversation with a fellow special needs parent; or a random, trivial incident will trigger a fresh wave of fear — a panic reflex I habitually suppress in order to function.

Inevitably, my body will fail.  I will start to feel the creaking and groanings of my soul being summoned heavenward.  And one day, I will have to surrender my beloved into the hands of someone else, probably blissfully unschooled in special needs.  I can only pray that I will have someone nearby whom I love, someone I can confidently name and trust to care for my son as their own, even if they are untrained in autism. God will work through them and supply all their needs in Christ Jesus, just as He had for me when I was his primary caregiver.

In the meantime, I do what I can by way of vitamins, life insurance, conservatorship, and keeping our wills current.  But ultimately, I have no idea –nor control– what will happen to him after I’m gone. Only God knows the future.  He Who was, and is, and is to come, owns the future.

This God over the future has compassion for my fears of today.  Knowing He understands, somehow makes a difference.  Knowing that my Heavenly Father grieved as I grieve, and surrendered as I must surrender, comforts me greatly.  It enables a release and freedom from being obsessed with things over which I have no control. Knowing this kind of compassionate God helps me, quite literally, to rest in peace, in this age and in the age to come.

I don’t know many things for certain, who will take care of my son; how he will live, feed or dress himself, nor the quality or duration of his life.  I will not be there to fend off lurking wolves and parasites, who prey on those who cannot stand up for themselves.  But what I do know, are God’s Promises:

For I know the plans I have for you,” declares the LORD, “plans to prosper you and not to harm you, plans to give you hope and a future (Jeremiah 29:11)

The Lord knows the plans He has for me, and for my child.  Plans to prosper him and not to harm him, plans to give him a hope and a future — including the parts that no longer include me.

And the gates of Hades will not overcome it.