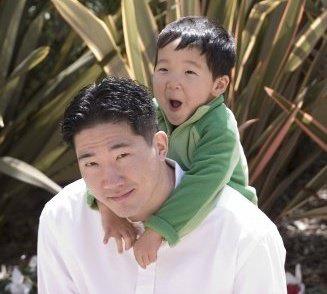 “The world breaks everyone, and afterward, some are strong at the broken places.” ~ Ernest Hemingway

January 13, 2014.  My husband turns 44 today.  He hates a fuss over him.  Well, too bad.  His wife happens to be a grateful special needs mom and writer.  Pardon me, as I hijack my own blog to celebrate my man on the world wide web.

1.  When trauma struck, he didn’t fall apart.  We didn’t lose him to Denial, that vile crippler of many a wounded dad.  He grieved (in his own way), manned up and jumped right in.  He’s remained a steadfast support and partner ever since.

2.  He knows when to listen, when to advise, and when to intervene.  He’s attuned to the escalating shrill in my voice as I approach The Scary Mommy Zone (errbody, run for your lives..!)  He steps up, steps in and taps me out with a casual, “Wanna break?  I got this…”  His commitment to tag-teaming keeps us off the CPS radar. 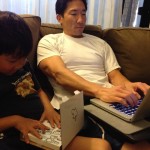 3.  He works insanely hard to provide for us.  He’d work even harder at a second or third job if he had to.  Autism is that expensive, especially on a single income in the Bay Area.  He goes to work early, to come back early, to corral the kids out of the kitchen (and the heck outta my hair.)

4.  He’s an ardent supporter of Date Nights, Girls Nite Out, Me Time and Spa Days.  And when I get back, the house is even cleaner than when I left it.

7.  He refuses to spend $20 for cable but sends me Groupons for massages.

8.  Young men he discipled years ago still invite him to their weddings.  And the Special Needs fathers he mentors now?  He doesn’t just tell them, he shows them.  He leads by example.

10.  He builds me up in public and admonishes me in private.  Despite a fierce and fiery wife, he makes  submission a sweet ‘n easy gig.

11.  He’s the hottest, fittest, middle-aged, Asian man I know.  Those halmoni’s (Korean grandmothers) were on to something, “Korean Ree-chard Gere!”  And he comes home to me every night?  ‘Tis a mystery for the ages… 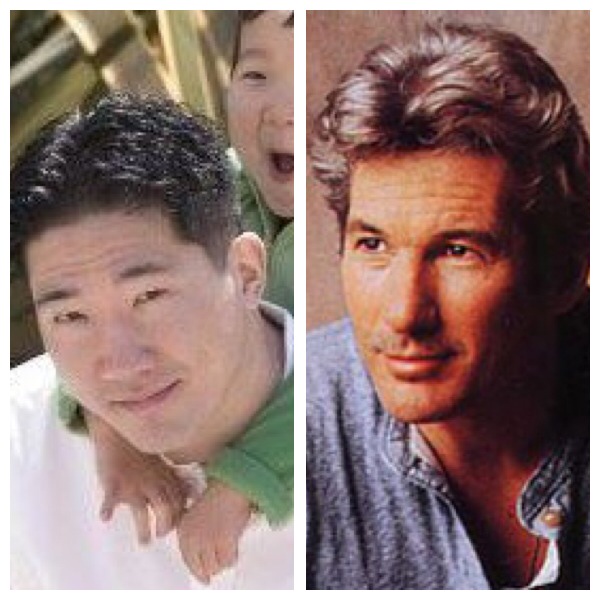 Only one does autism parenting well, I reckon.

12.  Romance, shmo-mance.  Flowers and chocolates are nice once in a while.  But showered children, washed dishes and scrubbed toilets are sexy and awesome every day.

14.  Other motto:  Pray before work; Work before play. Leave work at work for the rest of the day.

15.  Despite everything, he still has room for the homeless man, the elderly lady, or that poor guy eating by himself.  Truthfully, I never really noticed them before.

16.  He’s fair.  Quick to listen, slow to judge and even slower to condemn.  Everyone gets a second chance, maybe even a third.  But when it comes time to act, it’s executed swiftly.  No quibbling.  It’s done.

17.  He sucks it up and takes it like a man.  But for others, he suffers and bleeds.

18.  He’s a real guy’s guy.  But tears up at It’s a Wonderful Life.  Because integrity, sacrifice and honor mean everything.

19.  He creates space for me to write and pursue this crazy dream.  He believes in my calling and backs it up.  SO grateful.

20.  He does the real grunt work around here, and makes the rest of us look good. 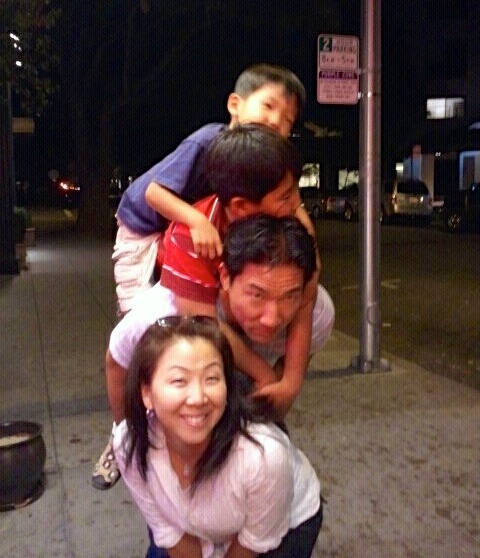 Happy 44th birthday to my humble and hard-working, under-the-radar, rock star husband and father of our children.  I’m betting on a sizable crown awaiting you in Heaven.  In the meantime, I thank God I get to do this life, marriage and these kids with you.  Believing 2014 to be your year of the Lord’s favor…

Do you not know? Have you not heard? The Lord is the everlasting God, the Creator of the ends of the earth. He will not grow tired or weary, and his understanding no one can fathom. He gives strength to the weary and increases the power of the weak. Even youths grow tired and weary, and young men stumble and fall; but those who hope in the Lord will renew their strength. They will soar on wings like eagles; they will run and not grow weary, they will walk and not be faint.

What about you?  Do you know another dad/husband like this?  Such rare breed of men deserve to be honored.  Feel free to Repost and say, “HEY.  This is YOU, too, Sir!”

When Normal Is the New We...
Faith through Disappointm...
What Could Have Been