Fatherhood, Hijacked | When Life Doesn’t Go According to Plan 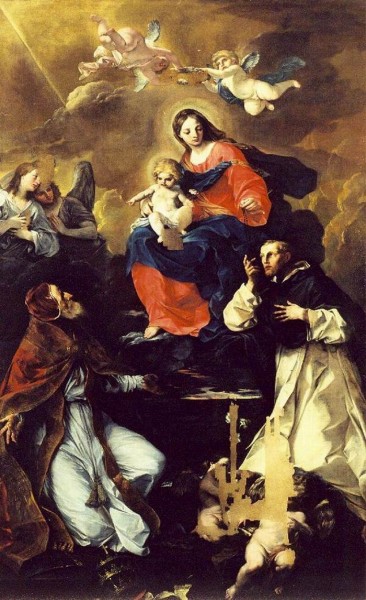 Virgin and Child with Angels and Saints.  But where is Dad??

In the world of Special Needs parenting, moms usually get all the press. Mom dukes it out at IEP’s. Moms rule the blogosphere. Moms march on Capitol Hill.  And all those classical depictions of the Madonna? (The Virgin, not Like a Virgin) Nary a father to be seen.

What about Dad?  Where is he?  What happened to him?

This is how the birth of Jesus Christ came about: His mother Mary was pledged to be married to Joseph, but before they came together, she was found to be with child through the Holy Spirit. Because Joseph her husband was a righteous man and did not want to expose her to public disgrace, he had in mind to divorce her quietly.  But after he had considered this, an angel of the Lord appeared to him in a dream and said,

“Joseph son of David, do not be afraid to take Mary home as your wife, because what is conceived in her is from the Holy Spirit.  She will give birth to a son, and you are to give him the name Jesus because he will save his people from their sins.”

All this took place to fulfill what the Lord had said through the prophet:

“The virgin will be with child and will give birth to a son, and they will call him Immanuel”—which means, “God with us.”

When Joseph woke up, he did what the angel of the Lord had commanded him and took Mary home as his wife.  But he had no union with her until she gave birth to a son. And he gave him the name Jesus.

Looks like fatherhood didn’t pan out the way you expected, either.

As a younger man, you hit the books, learned your craft, and paid your dues. Upon finding love, you pledged yourself to a young maiden, and vowed to build a life together.  A date was set, and the future looked promising. So much good, good, and very good.

Then, unexpected news wrecked it all.

God had the audacity to say, “Do not be afraid.  Because what is conceived in her is from the Holy Spirit.”

Everything in you screamed to ditch and run. But heeding the whispers of God, you stayed. You honored God. You honored her. You honored this Child — a Child you didn’t understand.

No doubt you faced skepticism from “concerned” friends who questioned your choices. Stares and wagging tongues were your constant companions, as you went about town with your “peculiar” child.

You FAILED.  This happened on YOUR watch. You let it happen. You’re inadequate as a protector, husband, father and provider.  What kind of man are you?

The Enemy delights to hiss into the hearts of men. He’s been deceiving and demeaning since the Fall of Man, and continues to lie and accuse, today.

Career trajectory stunted, perhaps you were obliged to pick up extra work, to cover the unexpected expenses. You certainly hadn’t planned for any of this.  And solo time or relaxing with other menfolk? A thing of the past. You now had something inexplicably different going on under your roof. The others couldn’t possibly understand, anyway.

And how were you rewarded for your obedience? Not with pageantry or frescoes. And certainly not with reassuring outcomes. For all your pains, you were affirmed with rude awakenings and interrupted dreams. Who could sleep anyway, never knowing when the other shoe might drop?

Joseph, your faithfulness only bore fruits of suffering. Then, history doesn’t hear from you again. The narrative doesn’t say where you went, or what happened to you afterwards. But because of your obedience, 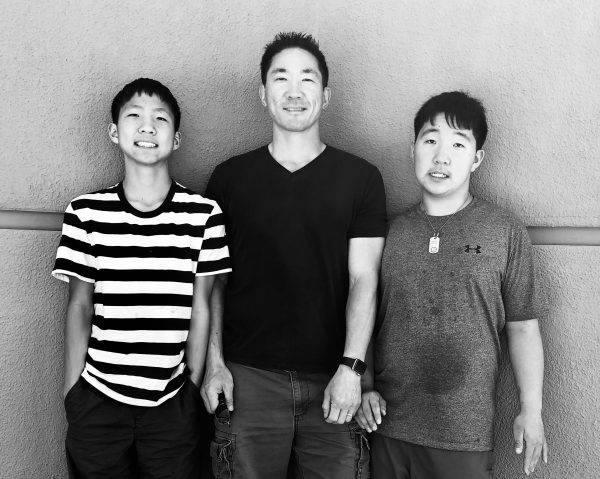 I know another righteous and decent man like Joseph. Unexpected news way-laid his ambitions, too, when his child was diagnosed with disability. This was certainly not what he planned.

Yet he stayed.  Despite his anger and confusion, fighting every conflicted impulse for self-preservation, he stuck it out. He willed himself to rise earlier for work, and return home, sooner. He banked up good graces at the office, because he’d learned to anticipate the breathless calls,

Every day, his harried wife would greet him at the door, to heave a thrashing child into his arms. Barely changed from his button-down, he’d dutifully hunker down for round #2 of routines, drills, clean ups and bathtimes.  Then, after a cruelly brief moment of decompression, he’d retire to bed, alone, while the mother of his child Googled the night away, in desperate search of a cure.

Where is the Special Needs father?  He’s been right here all along, defying the odds.  He’s been quietly supporting and serving his family, 365 days a year.  He’s been laboring sight unseen in a world that measures men by their flashy achievements, testosterone-driven acquisitions and accolades: a world where, “Pride gets no pleasure out of having something, but in having more of it than the next man.”

Love is measured in scoops of silent sacrifice. Special needs fatherhood drives a man to dig deep; to carve put wells of capacity he didn’t know he had. Transformation happens in the trenches.

For the fathers of children with Special Needs, who stuck around and stuck it out…

Who eagerly jump at overtime, graveyard shifts or second jobs to pay for their children’s exorbitant (and mysterious) treatments.  Or just to treat their weary wives to a massage or manicure.

Who never buy anything for themselves, claiming they never need anything. “As long as you and the kids are ok, I’m ok…”

Who willingly take second place to their special needs children for their wives’ attention.  “How could I ever compete with my child?  Of course his needs come first.”

Who squelch dreams of touchdowns for their sons, or walking their daughters down the aisle.

Who shelve unspoken ambitions, to prioritize the needs of others.  It’s hard to climb the corporate ladder, when the rungs keep snapping beneath you.

Who steal naps in the car during lunch hour, or slumped in a toilet stall at the office.

Who grieve differently from their wives. Privately, with dignity.

Who live caught between the tension of prayerful surrender and sleepless nights, “How will I pay for tomorrow, when I can barely afford today?’

Who always reply, “Nothing. I’m fine.”  Even when they’re not.

Who didn’t lapse into blame or denial, nor become another divorce statistic.

Who stuck it out in faith, to heed the whispers of God.

Who committed to co-parenting through the never-ending sequence of storms: For better or for worse, for richer or for poorer, in sickness and in health (funny, how those vows never mentioned anything about disability, devastation or disillusionment.)

Now, that man is a real man.  A righteous man.  A man worthy of mention in the Hall of Fame.  The world may never know the extent of their sacrifice, or applaud their efforts. But our Heavenly Father sees. He always sees the hearts of those who suffer alone. God sees every time he sucks it up and takes it like a man.  Silent and uncomplaining.

Fatherhood for children with disabilities didn’t turn out as expected.  Our Heavenly Father understands this, too.  Fatherhood didn’t turn out the way He planned either.  The most powerful Father in all the cosmos wept over His Children, too.

Special-Needs Dad?  Because of Joseph’s faithfulness, “So was fulfilled what was said through the prophets: ‘He will be called a Nazarene.’”

And because of your obedience, commitment and faithfulness, so will be fulfilled God’s Plans for your family.  His Will be done, through you.  Because of you.

To all the Joseph’s and Eddie’s, who faithfully stick it out in the trenches of Special Needs parenting, THANK YOU. Thank you for the untold, silent blessing you are to your families. You carry impossible burdens without props or fanfare, and make us look good as we go. We know who does the real grunt work around here.

You lead, love, serve and sacrifice… in His Image.

Blessed are all who fear the Lord, who walk in obedience to him. You will eat the fruit of your labor; blessings and prosperity will be yours. Your wife will be like a fruitful vine within your house; your children will be like olive shoots around your table. Yes, this will be the blessing for the man who fears the Lord. May the Lord bless you from Zion; may you see the prosperity of Jerusalem all the days of your life.” 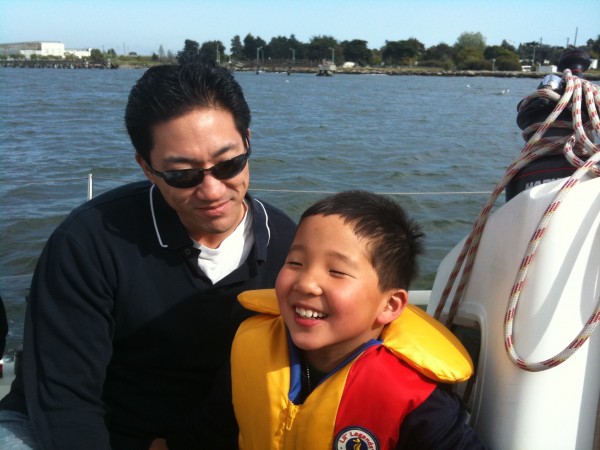