When I think of “Mother of a Special Needs Child,” I envision a Zen-filled, Whole Foods-shopping, coupon-clipping, tree-hugging, Peace Corp-volunteering, ethereal woman with the patience of a monk. She home- schools her well-mannered children with the peaceful radiance of a Raphael madonna, replete with super-sized halo.

But this Special Needs Tiger Mama? She ain’t that kind of woman.

I wear makeup slavishly, but shave my legs only when I’ve got time. I’ve been known to get my kids’ lunch at the drive-thru, then repackage it into eco-friendly Tupperware for school. And every four weeks, I wash that gray right outta’ my hair.

One time, I got so fed up with my firstborn eating with his hands, that I wrapped his fingers around a fork and sealed it into a fist with tape. Alarmed, my husband intervened. He released said utensil-deficit child before Child Protective Services found out. The poor babe earned himself a reprieve, and Harsh-Shrill-Mommy earned herself a time out. Just like I wanted needed.

If the children in Proverbs 31 rise to call their mother “blessed,” my children rise to complain, “Mommy, wake up! I’m hungry.” A gracious Mother of a Special Needs Child?

I used to think this was some cosmic joke. An epic mismatch of child to parent. A college theater major, I considered myself too flighty. Surely not the hallowed mommying type. But I became a Christian and married the church worship leader. Somehow, we ended up producing a non-verbal, asocial, high-maintenance kid with funky sensory sensitivities, who dreads amplified music, much less stepping anywhere near an auditorium or church. Somehow, a kid like him got paired with parents like us. We didn’t get the artistic, musical and socially glib child we were genetically destined for. We got this one instead.

I’ve read many accounts from other special needs parents. They wax on about how their child with a disability was the best thing that ever happened to them, how suffering was the greatest blessing of their lives, blah, blah, blah. I thought they were delusional; so defeated by unrelenting, mind-numbingly harsh circumstances they’d become mentally broken themselves. They desperately needed faith or religion as a spiritual opiate to endure their bleak lives.

Fake It ‘Til You Make It?

I think we’re generally known as authentic, joyful people. At least I hope our friends, family, and colleagues don’t think we’re faking it, just because we’re nice, churchy people and all that. Then somebody best give us an Academy award everyday, because raising a child with autism Can. Totally. Suck. Sometimes.

I am all about keepin’ things real. If something hurts, it hurts. No one can sustain faking their way around pain for too long. No one’s that good an actor.

When our son Jeremy was diagnosed with autism in 2004, we’d just stepped off a plane from foreign missions. I was in the middle of a career change from Silicon Valley HR to teaching (and psyching myself up to become a pastor’s wife), when my plans were hijacked by another (unplanned) career change: Autism Mommy/Case Manager/Advocate.

Shoring up and dipping down into the reserves of my faith, I sagely submitted to my new calling: “Help the poor child.”

Until God flippled the script on me.

“Why me? Why my child? If God exists, if He is good, how could He allow this to happen? And how dare He claim to understand everything I go through? God never raised a disabled child. His own Son was perfect. What does an ancient Bible have to do with the gritty realities of special needs parenting?”

When our son was diagnosed with disability in 2004, my faith got crippled, too. Thoroughly wrecked, we both needed intensive intervention and rehabilitation. Jeremy’s was cognitive. Mine was spiritual.

Years would pass of me howling at the Sunday School god of my childhood, taking to task every audacious (irrelevant?) claim. I shook my fists at the heavens and dukked it out with Him for years. But eventually, God and I would make peace. Besides, when you throw down with the Creator of the Universe, the omnipotent has the advantage. He usually wins, but what a glorious defeat it is!

Now it appears I’ve joined ranks with those, “delusional” special needs parents. After intense struggle, heartache and –let’s be honest–my fair share of cursing, rager-raving pity parties, Why Me’s , Why God’s, and This Must Be Some Mistake’s, I’ve become convinced of two things:

Hence, I must be:

A. Pollyanna (faking it, lying)
B. Delusional (or brainwashed at best.)
C. God really is that Real, and that Good. 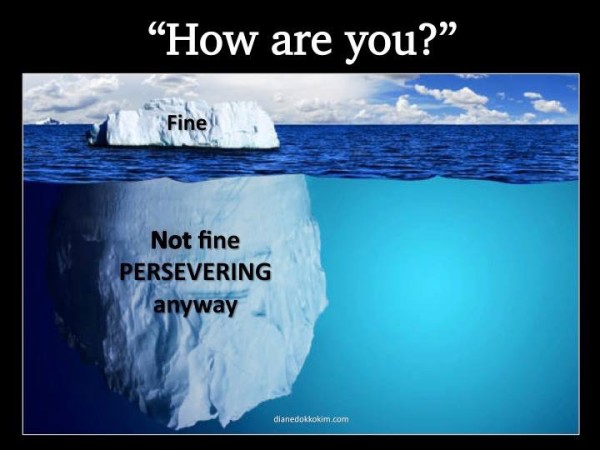 Rick Warren once said, “Your greatest ministry will likely come from your greatest pain.” Amen. God redeems pain. The very thing I feared would wreck our lives, God has repurposed into a passion to comfort others, with the comfort I received from Christ.

Now, I know most people don’t contend with disability. But we all get “crippled” or devastated by something. No one is exempt from the jagged edges of a broken planet. Everyone gets ambushed by some crisis or hardship that makes us protest, “WHY?” regardless of the disability –be it physical, emotional, relational or spiritual. And if you haven’t? As they say at my church: Just keep on livin’.

Now, I’m exceedinly deeply grateful for the privilege of intersecting the most painful –yet transformational– parts of life with others walking (working) the same road. I look forward to experiencing, what C.S. Lewis said,

“Friendship is born at that moment when one man says to another: “What! You too? I thought that no one but myself. . .”
― The Four Loves

If I haven’t lost you by now, THANK YOU. Like they say on the airlines, “We know you have choice when you fly. Thank you for choosing to fly with us.” Likewise, we know the internet is crowded. We know you have many choices where to read, educate yourselves, or procrastinate and fritter away time. Thank you for choosing to park yourselves here for a moment. and even more so, should you choose to ride along with me and My People.

God bless you and yours, 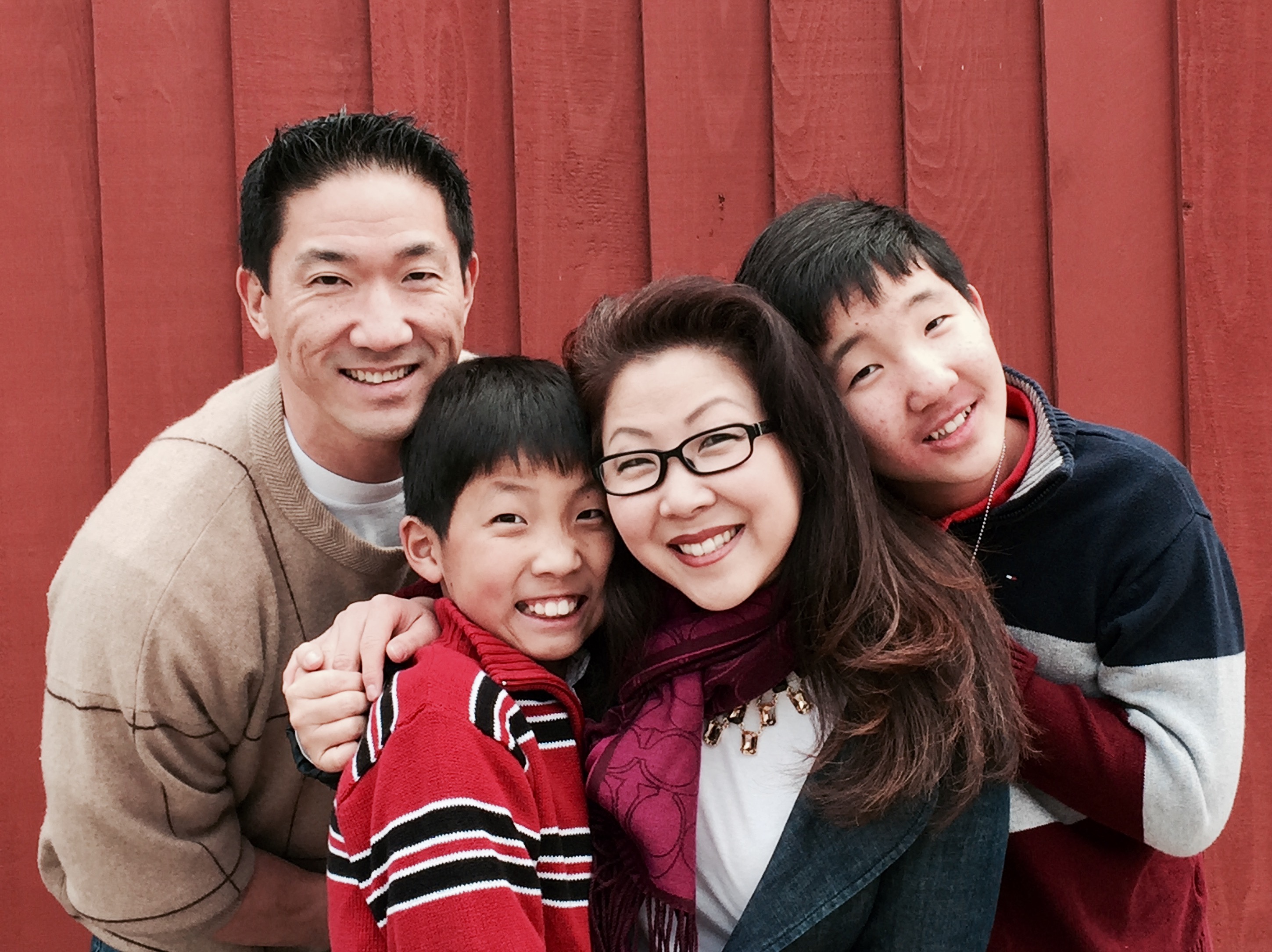 For more on what I do, here is my professional bio. 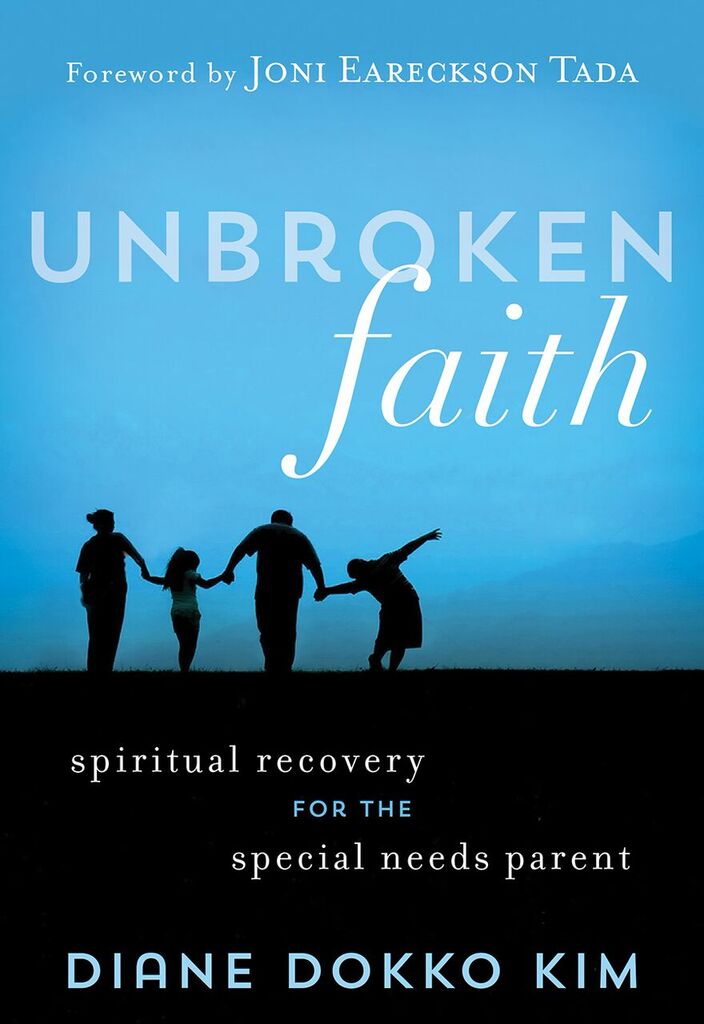 Take this Journey with Me

When you subscribe we'll only send you new blog posts and important announcements. Subscribers get exclusive access to free resources such as an extended preview of Unblinded Faith, scripture cards and more.