When Your Temple Gets Wrecked: From Hallowed to Hollowed & Back Again 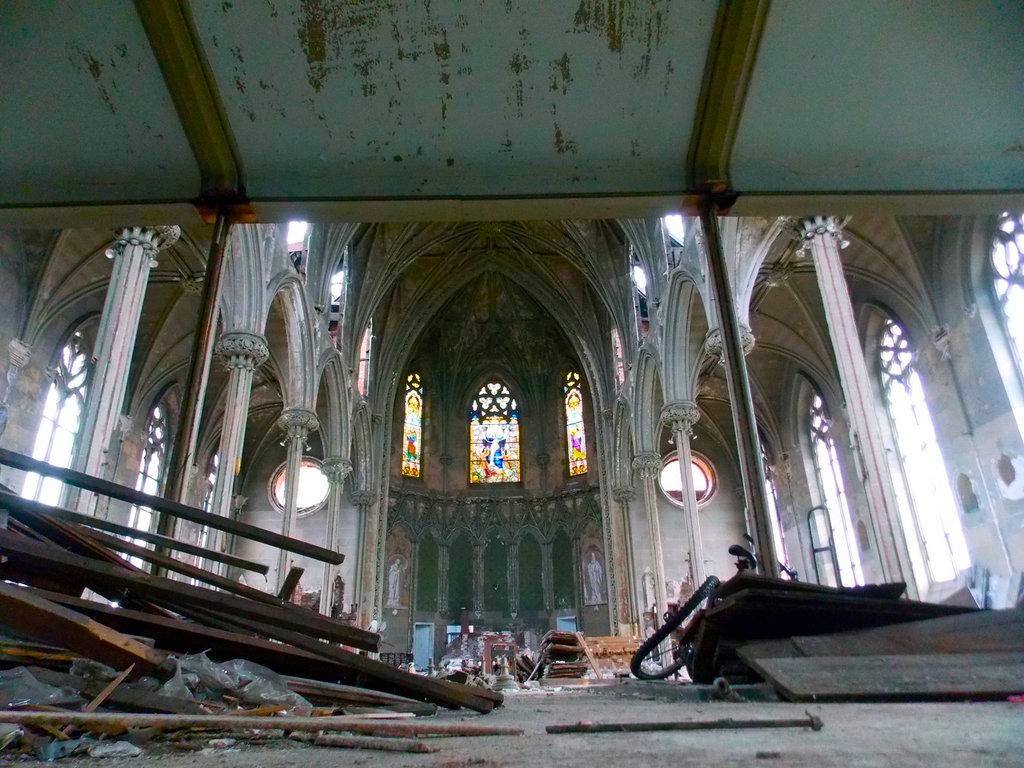 Perhaps an ultrasound detected an abnormality: a potential genetic defect.  Perhaps physical evidence presented itself at birth: a disfigurement.  Perhaps years went by of blissful childhood, until subtle hints began to emerge: a series of missed developmental milestones, or a disconcerting sense of “something just not right.”

Regardless of how incremental the onset, the diagnosis still slammed into us with brutal, blunt-force trauma.  Precious, dewy-eyed perfection was ravaged.  And the inviolable, unblemished child we thought we had was no longer.

With our child’s future plundered, dreams were aborted involuntarily.  Grief overtook us as we howled in protest within,

“This is not the way it’s supposed to be!”

Zeal for your house

When it was almost time for the Jewish Passover, Jesus went up to Jerusalem. In the temple courts he found people selling cattle, sheep and doves, and others sitting at tables exchanging money. So he made a whip out of cords, and drove all from the temple courts, both sheep and cattle; he scattered the coins of the money changers and overturned their tables. To those who sold doves he said, “Get these out of here! Stop turning my Father’s house into a market!” His disciples remembered that it is written: “Zeal for your house will consume me.” The Jews then responded to him, “What sign can you show us to prove your authority to do all this?” Jesus answered them, “Destroy this temple, and I will raise it again in three days.” They replied, “It has taken forty-six years to build this temple, and you are going to raise it in three days?” But the temple he had spoken of was his body. After he was raised from the dead, his disciples recalled what he had said. Then they believed the scripture and the words that Jesus had spoken.

God’s holy temple had been desecrated. Religion had subverted reverence; hollowness had replaced holiness.  Brokeness trafficked through sacred space and left tracks of filthy tread in its wake.

Sin, suspicion and spiritual disease slipped in.  Distrust, disorder and dysfunction sullied our pristine connection with God.  With the Creator and Creation no longer one, we slinked back into shadowy spaces of fear, guilt and blame.  Our sacrifices were but half-hearted guilt offerings, angled at appeasement.  Commerce and convenience supplanted a covenant, and the heavens shuddered at the travesty,

“This is not the way it’s supposed to be!”

We were meant to be holy, blameless and pure children of God without fault.  We were intended to be perfect as our heavenly Father is perfect.   For we are the temple of the living God, our bodies the temples of the Holy Spirit, who dwells in our midst.

The same zeal for God’s House that consumed Jesus, fills us with righteous indignation over our children. We grieve the stain of sin, the pain of loss and separation.  Whatever ravages and desecrate the purity of our hearts; whatever undermines our trust in a good God, He despises and grieves over, too.

God burns with anger to see His Temple –His Children—ravaged.  In His zeal, He will overturn anything that thwarts His intentions for our holiness.

“Destroy this temple, and I will raise it again in three days.”

But He did.  He who defied death and despair was taken up into heaven, where The Lord God Almighty and the Lamb are its temple.

No destruction is final. Though we fall tragically far from His lofty intentions for good, good and very good, He can restore all things to the way they were intended to be.  Whatever hits we sustain, God can raise and redeem.  Jesus sanctifies and restores sacred space.  Our Savior is in the very business of salvaging the lost and irretrievable.

We may mourn the loss of perfection and potential.  Righteous indignation consumes us over our disabled child, home, or house of worship.  Our heartache is but a shadow of our Father’s grief over us all.

God has power and authority to hallow what’s been hollowed.  However broken and outraged we may feel, bring it as an offering.  Our sacrifice is a broken spirit; a broken and contrite heart, God will not despise.

His dwelling place will be among the people, and he will dwell with them. They will be his people, and God himself will be with them and be their God. He will wipe every tear from their eyes. There will be no more death or mourning or crying or pain, for the old order of things will pass away.  He is making all things new.

Only let us recall and believe the words Jesus has spoken.  Only His Words are trustworthy and true.

We can grieve yet believe at the same time.  Our God is a Redeeming God.  The only kind of God He knows how to be.  In a little while, He will fill His house with His glory.

He will restore all things to the way they were meant to be.

What loss or destruction are you grieving today?   Trust and believe that death and destruction have lost their sting.  Renovation and rebuilding always start with demolition.  What New Thing is God building in you?  Dare to perceive it.  It may not take the form we expect.  But His Ways are always higher.  He will bring us from hollowed to hallowed again.  Wait for it.

Subscribe to receive new posts delivered to your Inbox.

Public Service Announceme...
Gepetto and Me: On Wanti...
Faith through Disappointm...