Waiting through fear and grief, “Do not be afraid!” 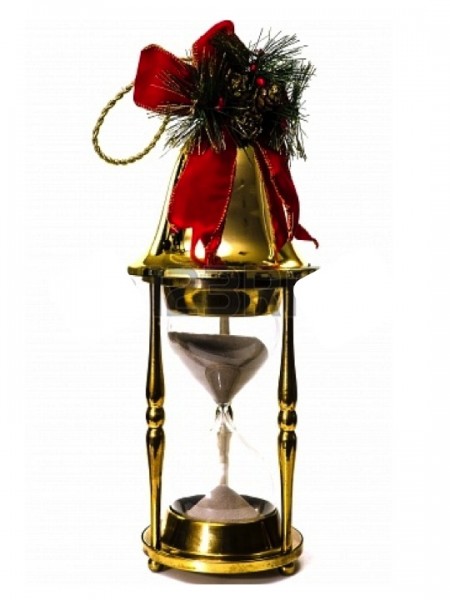 “Your child has autism.  He’ll need at least 40 hours of intensive therapy a week.  He may not learn to speak, function or live independently.  He’ll likely not go to college, marry, or have his own family.  You’ll have to abort your plans and rearrange your lives to care for him full-time.  His prognosis? Unknown.  You’ll just have to wait and see.”

In 2004, at the moment of diagnosis, it would have been utterly inane for anyone to say to me, “Do not be afraid!”  Any normal parent would be stricken with grief and terror.  My toddler’s lifelong prospects –all the unspoken possibilities every new parent assumes as a birthright– had suddenly been cut short.  How can this be?  How will his life turn out?  How will our lives turn out?  There was room for nothing but fear.

Then an angel of the Lord appeared to him, standing at the right side of the altar of incense. When Zechariah saw him, he was startled and was gripped with fear. But the angel said to him: “Do not be afraid, Zechariah; your prayer has been heard. Your wife Elizabeth will bear you a son, and you are to call him John.

The angel went to her and said, “Greetings, you who are highly favored! The Lord is with you.” Mary was greatly troubled at his words and wondered what kind of greeting this might be. But the angel said to her, “Do not be afraid, Mary; you have found favor with God. You will conceive and give birth to a son, and you are to call him Jesus.

And there were shepherds living out in the fields nearby, keeping watch over their flocks at night. An angel of the Lord appeared to them, and the glory of the Lord shone around them, and they were terrified. But the angel said to them, “Do not be afraid. I bring you good news that will cause great joy for all the people.

“Do not be afraid,” one of the most oft-repeated exhortations in the Bible.  Here in the first two chapters of Luke, an angel of the Lord repeats it in rapid succession, to three separate parties.

The message content, manner of delivery, and future implications alone were terrifying enough, each in their own right.  Wouldn’t any human be terrified?  Zechariah was startled and gripped with fear.  Mary was greatly troubled and wondered what kind of greeting this might be.  The shepherds keeping watch were terrified.

Each wondered in their hearts, “How can this be?”  How will this be?”

What God deems “good news” often terrifies us.  He understands our terror at things too marvelous to comprehend. He even pre-empts our fear with timeless words of comfort and assurance.

A diagnosis, a disappointment, or the death a dream.  The sudden need to abort plans and scramble for footing.  In the world’s economy, disability or loss is never considered “good news.”  They usually come accompanied by grief, pain and fear for the future.  But fear not.  He hears our prayers, and grants peace to those on whom His favor rests.

“How will I manage this? How will we get through this?”

The same God who comforted a startled Zechariah, a troubled Mary and a group of terrified shepherds, comforts us in our terror and bewilderment.  The same spirit of God will also come upon us to assure, “Do not be afraid!  Your prayer has been heard.  You have found favor with God.”

Though we may not understand our circumstances now, though our hearts are filled with fear, and though a sword may pierce our own soul, He promises to bring good news of great joy that will be for all the people.  He grants peace to men on whom his favor rests.

For nothing is impossible with God.   He can birth life from barrenness, sow peace amidst chaos, and spring life from death.  He has done it before, and He will do it again.

He will do immeasurably more than we could ask or imagine, according to his power that is at work within us.

No eye has seen, and no ear has heard, and no human mind has conceived the things God has prepared for those who love him.

For the future glory of things yet to be revealed, we will just have to wait and see.

In the meantime, “Blessed is she who has believed that what the Lord has said to her will be accomplished!”

Blessed be this season of Advent, where we learn to wait for glories yet unseen.